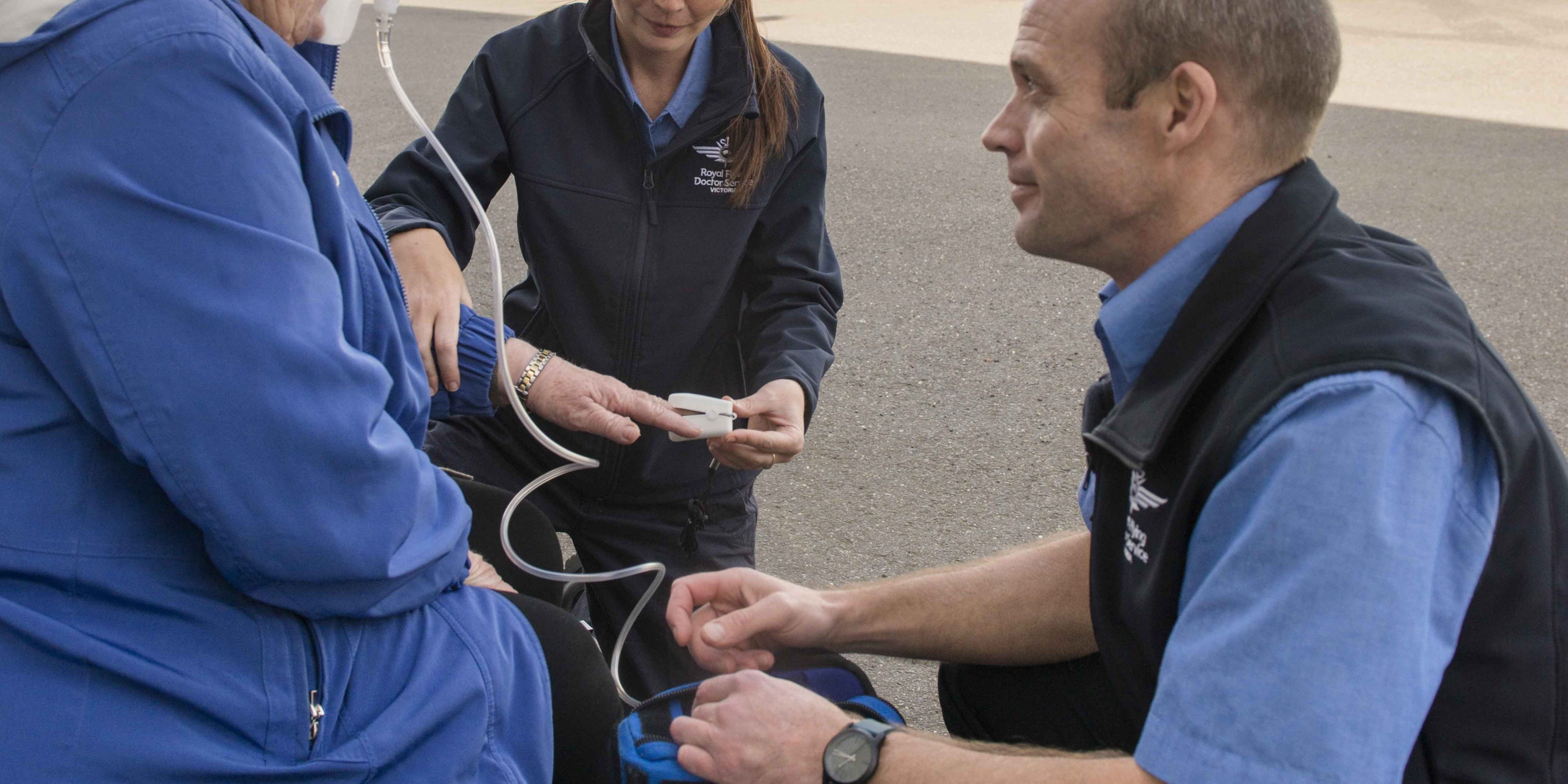 With beautiful sunshine across Victoria, many of us spent the first days of spring outside in the garden or out for a walk. Those affected by hay fever were also likely eyeing up the grasses and wattle flowers that signal the start of a wheezy season.

But have you ever considered that it might not simply be hay fever affecting your breathing – but untreated asthma?

As Asthma Australia says, asthma and hay fever affect a large cohort of Australians; one in nine and one in five respectively. With 80% of people with asthma having hay fever too, hay fever symptoms can mask asthma, making it harder to manage.

As well as the first week of spring, 1-7 September is also Asthma Awareness Week. We spoke to Respiratory Specialist Dr Paul Fogarty, who has more than 25 years’ experience and has been seeing patients via Flying Doctor Telehealth since January 2018. “People have a concept of asthma as being something you have all your life from childhood, which is not true – I would say the majority of asthmatics are diagnosed as adults,” he explains.

“The thunderstorm asthma incident especially highlighted that there was a group of people who had asthma but did not recognise it. It is a common misunderstanding that when some people get hay fever being breathless or wheezy is just a part of the hay fever, not asthma. But hay fever is an upper airway problem which can cause sneezing and nasal symptoms, so if you get breathless or wheezy when you get hay fever that means you likely also have asthma.”

Dr Fogarty says that a lot has changed regarding how asthma is diagnosed and treated in recent years.

“The focus for asthma treatment should be on preventative inhalers to keep people’s lungs at their best, rather than just symptomatic medication.

“Previously, the first step in asthma management was for people to use Ventolin in reaction to symptoms as necessary. With Melbourne’s thunderstorm asthma event, it became apparent that even people with what can appear to be mild asthma are very vulnerable to intense exposure to allergens if they are susceptible. So even people with mild asthma should focus on preventative therapy rather than just symptom relieving medication.”

“If you have asthma and are getting regular symptoms then raise this with your GP to see what improvements can be made with preventative treatment.

“For the more severe asthmatics there are now treatments emerging which are anti-body mediated and biologic treatments which can be very effective in certain small groups of people with asthma.”

“There was a client from country Victoria who was limited by shortness of breath even when doing simple activities around the house. This had been identified as brought on by smoking (chronic obstructive pulmonary disease (COPD)) but after our telehealth appointment it was evident that she had a significant asthmatic component to her condition,” said Dr Fogarty.

“It can be difficult to distinguish asthma and COPD, or work out how much of one is playing a role vs the other. By vigorously treating her asthma with a course of oral steroids which had not been adequately used before, she was and will hopefully be able to maintain that level of improvement over time.”

Dr Fogarty says that if you suspect something is not quite right with your breathing; take your concerns to your GP.

GPs in the country can connect with RFDS Telehealth and Dr Paul Fogarty by contacting the Flying Doctor Telehealth team on (03) 8412 0444 or telehealth@rfdsvic.com.au RFDS and Baker Partnership Comes to an End After Nearly Ten Years
July 11, 2022